This is my second try in making white chocolate ganache. First time , the ganache separated during the whipping process...so i got to re-do the second time to get the correct ratio. 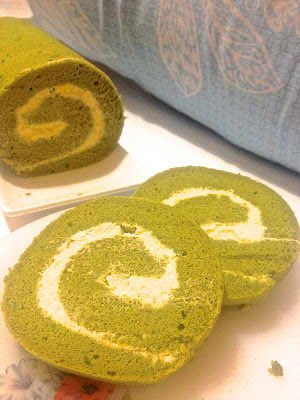 Mix ingredients A till well combined or till you get a smooth batter. Set aside.

Meanwhile Prepared the White CHocolate Ganache.
Double Boiled the white chocolate and heavy cream  till chocolate melted . Put into fridge to cool down the mixture.
When the mixture is cooled and slightly thickens, whip the whipping cream on high speed till strokes appeared on the cream, then slowly pour in the melted chocolate. continued Whisk till stiff.
Spread immediately on the swiss roll and roll up . Rest in fridge for 30 mins before cutting. 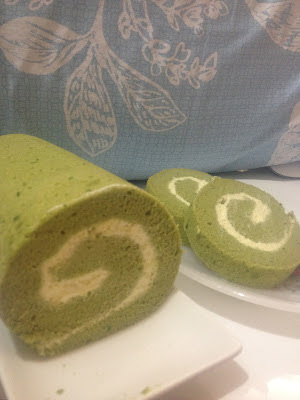 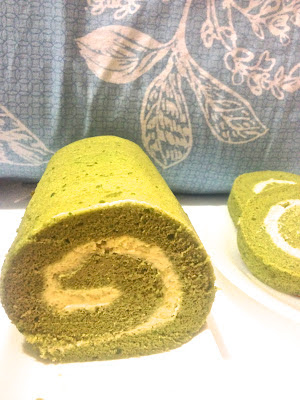 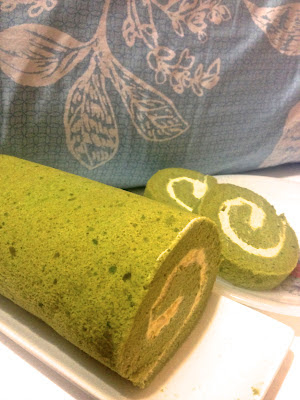 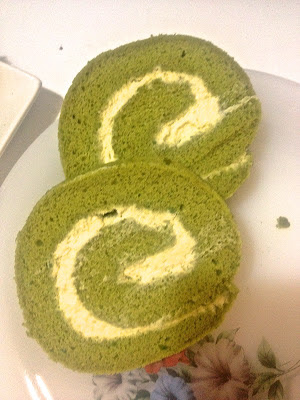